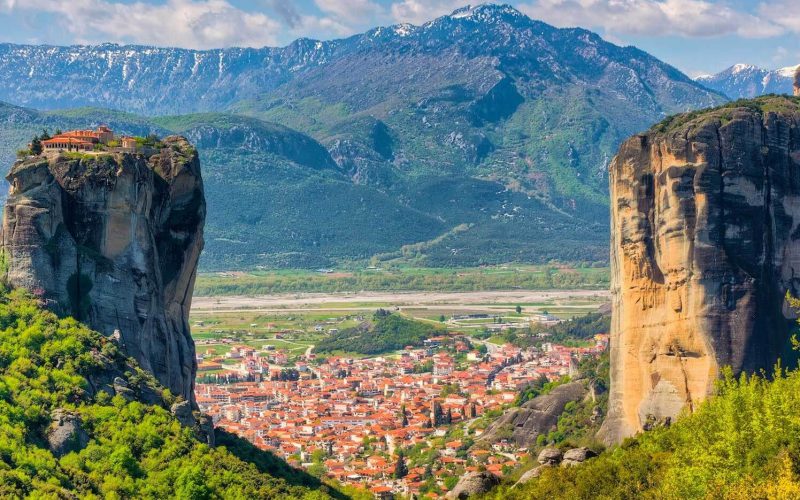 The complex of steep rock formations that house the famous Meteora Monasteries are on the Eighth Wonder List The word “meteor” means “suspended in the air” or “in the middle of the sky” But how buildings were construct at such a height still remains a mystery. To bring on the top stones of only one monastery, it needed twenty years. Remember that Meteora Monasteries are active, so there are some limitations. For example,are not allowed men in shorts above the knees and women in pants and short skirts. However, even if you forget about it, at the entrance to the monastery everyone will be given long skirts and scarves.I have no doubt that they have come up with a saying – “better to see once than hear a hundred times.”